Colac Otway Shire Council has welcomed a new 12-metre search and rescue vessel which will greatly increase emergency services’ ability to respond to marine emergencies along the shire coast.

The vessel will be based at the Port of Apollo Bay and has been allocated to Apollo Bay Ocean Rescue, primarily for Marine Search and Rescue.

But the State Government-owned vessel will also be made available to support a range of emergencies including marine pollution response, firefighting, Victoria Police operations or even wildlife emergencies such as an entanglement.

Shire councillor Chris Potter said the new vessel was a great asset for Apollo Bay and he was pleased Council had been able to allocate a permanent berth at the Port for the Stebercraft 40 rescue boat.

Cr Potter said the government had identified the need for a larger rescue boat which would have the capability of responding to multiple emergencies along the coast from Lorne to Port Campbell.

“The government’s decision to berth the new boat at Apollo Bay also shows the significance of the Port to the region,” he said.

Emergency Management Victoria, in conjunction with Victoria Water Police, will work with the Apollo Bay Ocean Rescue volunteers to train and familiarise them with this new vessel.

EMV is working with Council to identify a base for Apollo Bay Ocean Rescue and is encouraging people to volunteer with the rescue service. 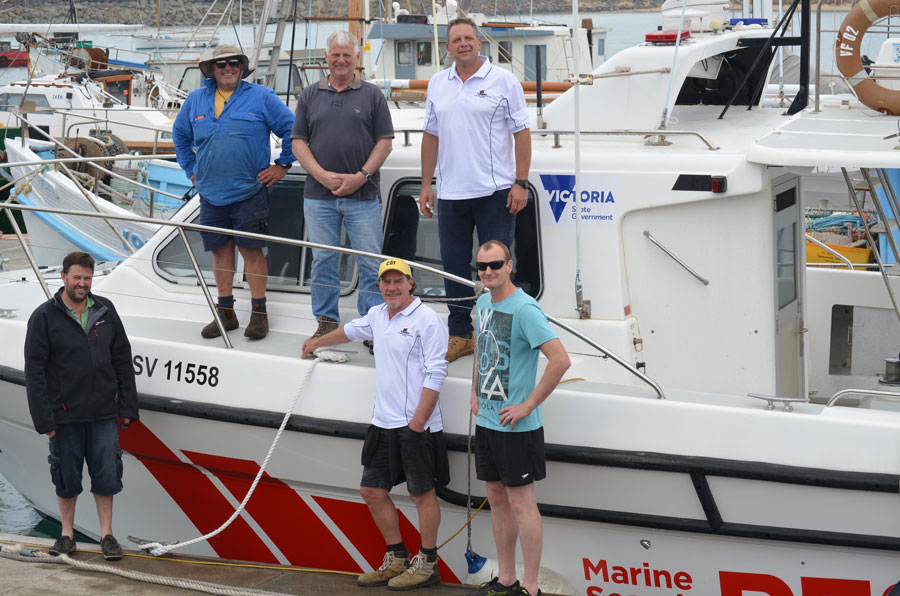