Local Resident to Run for Council in October Elections 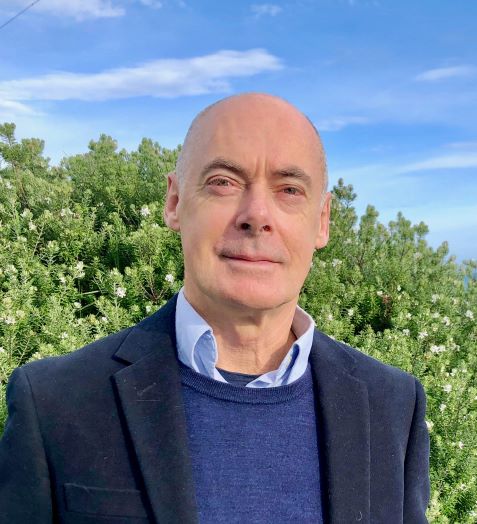 Skenes Creek resident and Otway ratepayer for over 40 years, Graham Costin, has announced he will stand in the October Council elections. Graham is a retired infrastructure planner and project manager.  He says it’s time the Otway coast had a greater voice in Council decisions.

Local business owner Sally Cannon welcomed Graham’s nomination: “It's very exciting to have someone of Graham’s calibre standing to represent our community. He has a track record of achievement though working with politicians, government agencies, councillors and staff for projects ranging from the $20 million City Deals Harbour and Trail, through to small improvements like the second disabled parking bay near our Pharmacy.”

Graham started his career in local government, including with the former Otway Shire. He later lectured in post-graduate Local Government Engineering and Management at Deakin. For the last 25 years Graham has worked as a respected infrastructure planner and project manager working mainly in low-income countries.

Graham feels a strong and passionate connection with the Otway coast and its communities. He will advocate for a better deal for the region’s economic drivers – the farming, fishing and tourism businesses. He will support low-carbon developments of appropriate scale along the coast that strengthen and diversify our local economies to create more jobs for our young people. He will work collaboratively with Council staff for more efficient and more sustainable services. He will push for greater effort to increase the availability of affordable housing. Most importantly, Graham will work on behalf of all communities to ensure they get a fair deal, and also on behalf of those impacted by COVID-19 restrictions to ensure they get the support they need.

Graham is not politically aligned. If elected he will be supported by his partner, Dr Jenny Baxter. Jenny works with the Australian Institute of Family Studies, and is internationally respected for her research on work, families and childcare.

For more information about Graham go to www.facebook.com/costinforcouncil.