At the recent annual Otway Hooded Plover Volunteer get-together held at the Apollo Bay Parks Victoria office, Megan Cullen of Birdlife Australia and I produced a number of reports on this past season's nesting success/failures for the Otway Area.

This season has seen a higher than usual success in the number of Hooded Plovers hatching and rearing chicks to a fledged (flying) stage. In a normal good season we expect to get around 4 to 6 chicks fledged between Skenes Creek west and Melanesia Beach. This year we had 10 chicks fledge. 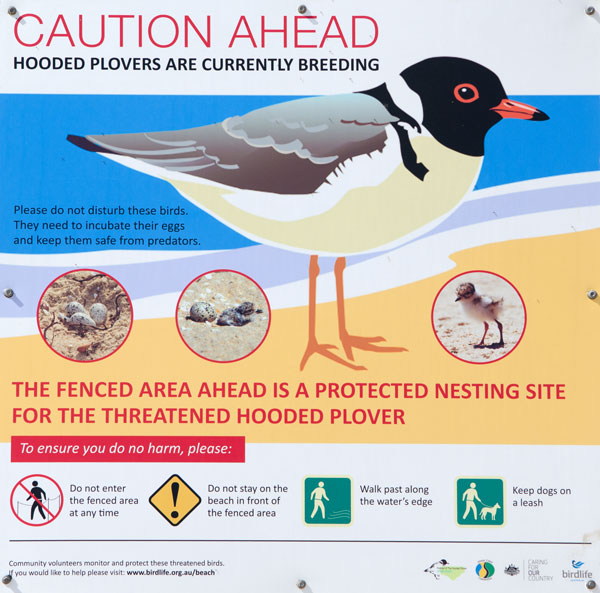 The reason why this year has been such a good season is not 100% clear, but good weather in the early part of the nesting season along with the addition protection of sites (fencing monitoring and signage by volunteers) and the long term poising program to control foxes in the Great Otway National Park would all be contributing.

In addition to the hoodies having a good year we also had 2 fledged Pied Oyster Catcher chicks at Aire River and Johanna. This is the first time in the past 4 year that these birds have got there chicks to a fledged stage.

Thanks go to the keen Otway Hooded Plover Volunteers and the staff of the Otway Coast Committee for their continued assistance in fencing off the high visitor areas in their control.