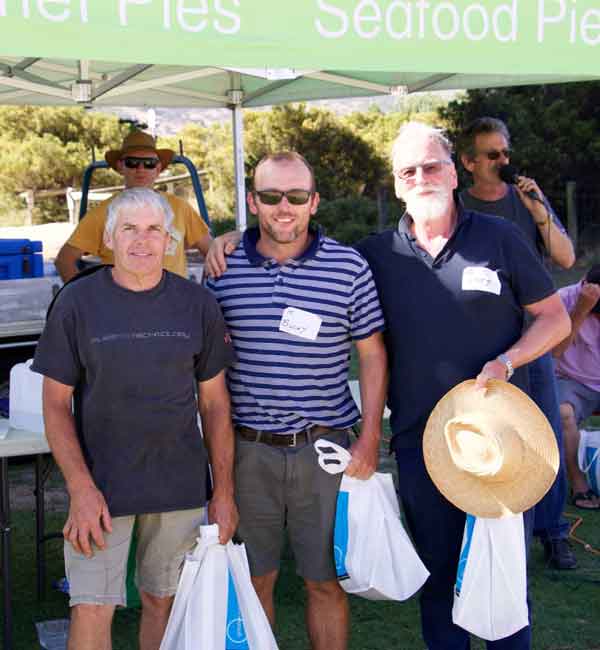 Locals Clean Up in Petanque Comp 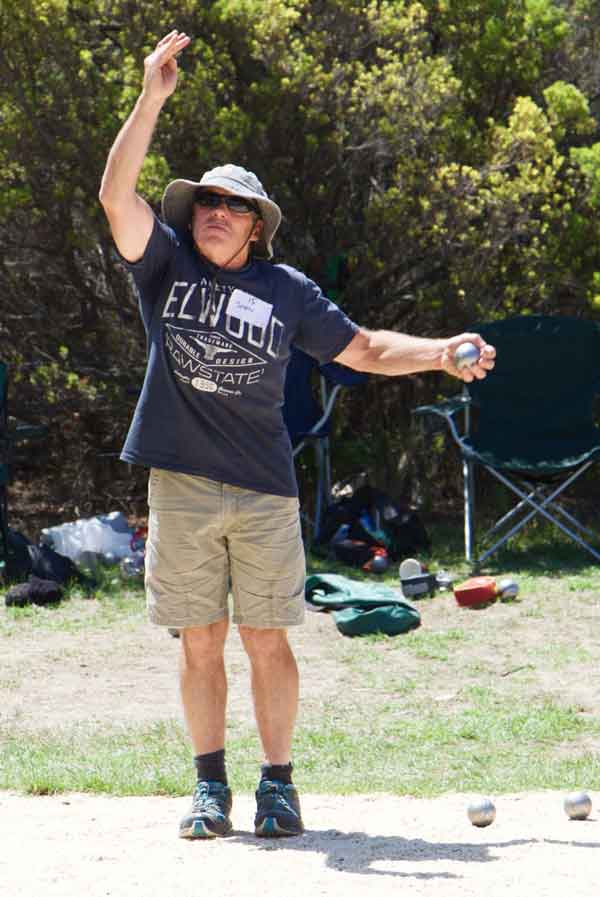 Winners were grinners last weekend when local team Craig Buckingham, John Lindsay and Greg Moulden took out the top prize in the 2-day competition played in perfect conditions on the foreshore.

15 teams competed in 3 divisions playing a total of 145 games in all. Competitors came from interstate, Melbourne and regional Victoria. They were all delighted, not only with the competition but also with the hospitality and friendly atmosphere in our town. Many of the visitors arrived on Friday and stayed over on Sunday night. All were very keen to come back next year.

Competition was fierce, but friendly. Runners up for the grand prize came from Moyston. Winners of the Consolonte were Patrick Hammond and Rob Willet from St Kilda and Ros Royals from Apollo Bay. Tim, John and Tanya from Halls Gap won the Convivial.

Very special thanks go to John and Chris Marriner who parked the armoured caravan on site all weekend and provided a formidable security presence.

The Apollo Bay Petanque Club plays almost every Friday afternoon at the YHA. The game is a lot of fun and easy to play and new members are always welcome. Just turn up.