There are literally dozens of wind Gods and Goddesses out there and at least ten of them were raining down a pestilence on the oceans around Apollo Bay on Saturday.

On Sunday Gary and John tried their hardest to confuse the more vindictive of them by setting a nice port course straight into the east. But Silap Inua (Inuit weather god who represents the breath of life and lures children into being lost in the tundra) was equal to their best effort. It may not have been tundra but there were plenty of sailors’ sanity lost by days end.

The day started pretty well, with 3 keel boats and 5 dinghies setting off with Hindu God of wind, Vaya, smiling down gently. The keel boats stumbled over the line with just enough of a breeze to get away. In such a light breeze the top mark seemed further away than its 1km distance would suggest. With some steady and patient helming, and coming off a few degrees more than is usually necessary when close hauled, a decent speed was achievable. Zenataris, which Lithuanian mythology tells us is the God of the inner wind or the wind of the soul was speaking to those that were listening.

But alas the top mark was to be plagued by the well known and much dreaded Marriner Vortex. An especially hated phenomenon that occurs around the top mark occasionally that causes tide and wind angles to conspire to plunge unsuspecting boats, that turn towards the mark a little early, to be placed squarely in the clutches of Bieggolmai, the Sami deity known as the unpredictable, shovel wielding God of the summer winds who is much feared by all sailors.

But as sailors have done since the days of Odysseus, they battled on towards home and one triangle was completed but it was about that point that O-Yan-Do-Ne, the Iroquois moose spirit of the east wind sent most of the boats scattering in all directions trying once again to battle the dreaded top mark. Luckily for Ziff a nice little puff carried them around and off they went. State of the Ark and Miss Molly on the other hand were to feel the force of Eurus’ troublemaking as ‘the God of the unlucky east and southeast wind’ toyed with them and a 90deg wind shift caused much beating of chests and howling to be heard. But struggle back to the mark they did and it was a real battle of limp spinnakers back down to the finish.

A bit further back boats were dropping like flies. Quickmatch called it a day after trying everything. 10+1 had furler problems, a few of ff’s just could not overcome the Gods and tide and retired. To her credit Wild Rose refused to give in and finished.  Back at the club it was smiles as usual and it was a relieved bunch of sailors that realised that no matter how bad things had been out there at least the mythological Lokotan Giant of the Nth wind who brings icy weather, famine and disease had at least spared us. 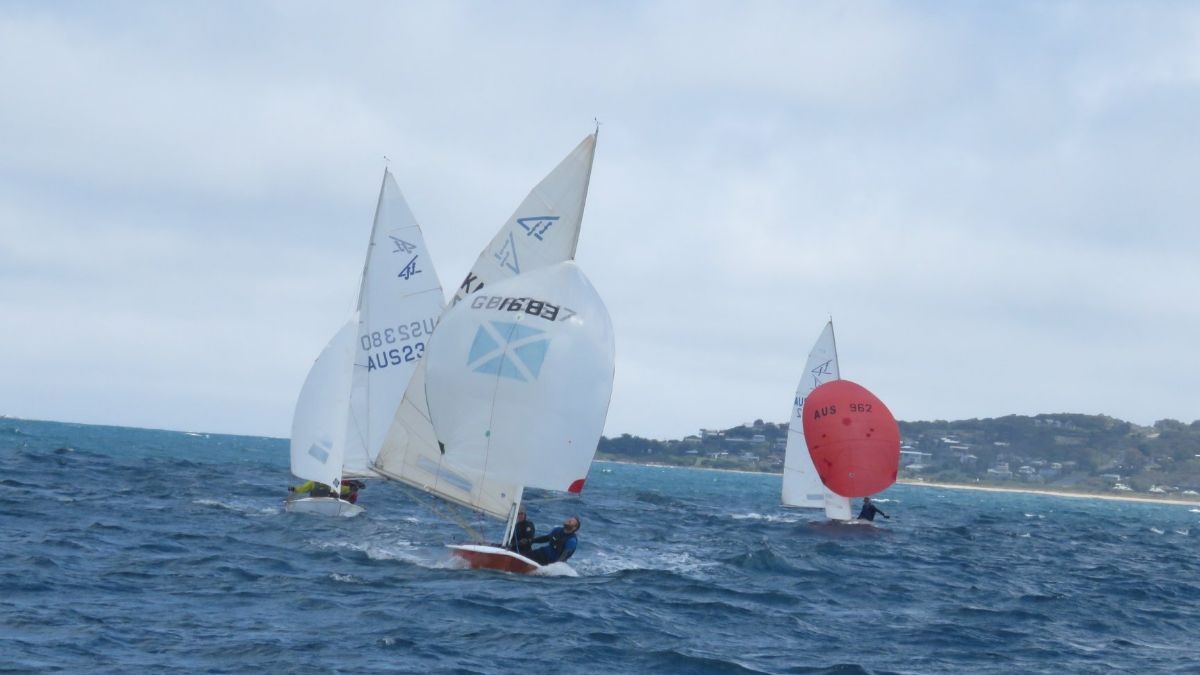 Thanks to all the participants in the Flying Fifteen regatta over the weekend. And especially a huge THANKYOU to all those who gave their time on the start boat, duty boats, RIBs, to the FFIV team and to Gavin our coach. And to Sally Cannon at Apollo Bay Bakery, Foodworks and the Fishing Coop for prizes.