Ahoy to all you scurvy dogs!

Before I launch into this week’s sailing run down. I need to make a couple of plugs. Firstly, the Seafood Festival is looming large on the horizon. The club will be running a pop-up bar, aptly call the “Salty Dog Bar”. The theme drink of the day will be our famous Oyster Shooters as well as other refreshments and food. Send out the message to all your friends. The Sailing Club will be the only venue with a lawn area and dog friendly facilities.

Also the amazing Short Course Stadium Sailing series that is the Cray Fish Cup will be run in the Apollo Bay Harbour. It is scheduled for Sunday the 17th of March from 10am till 1pm. Be sure to pencil this into your must-see event. 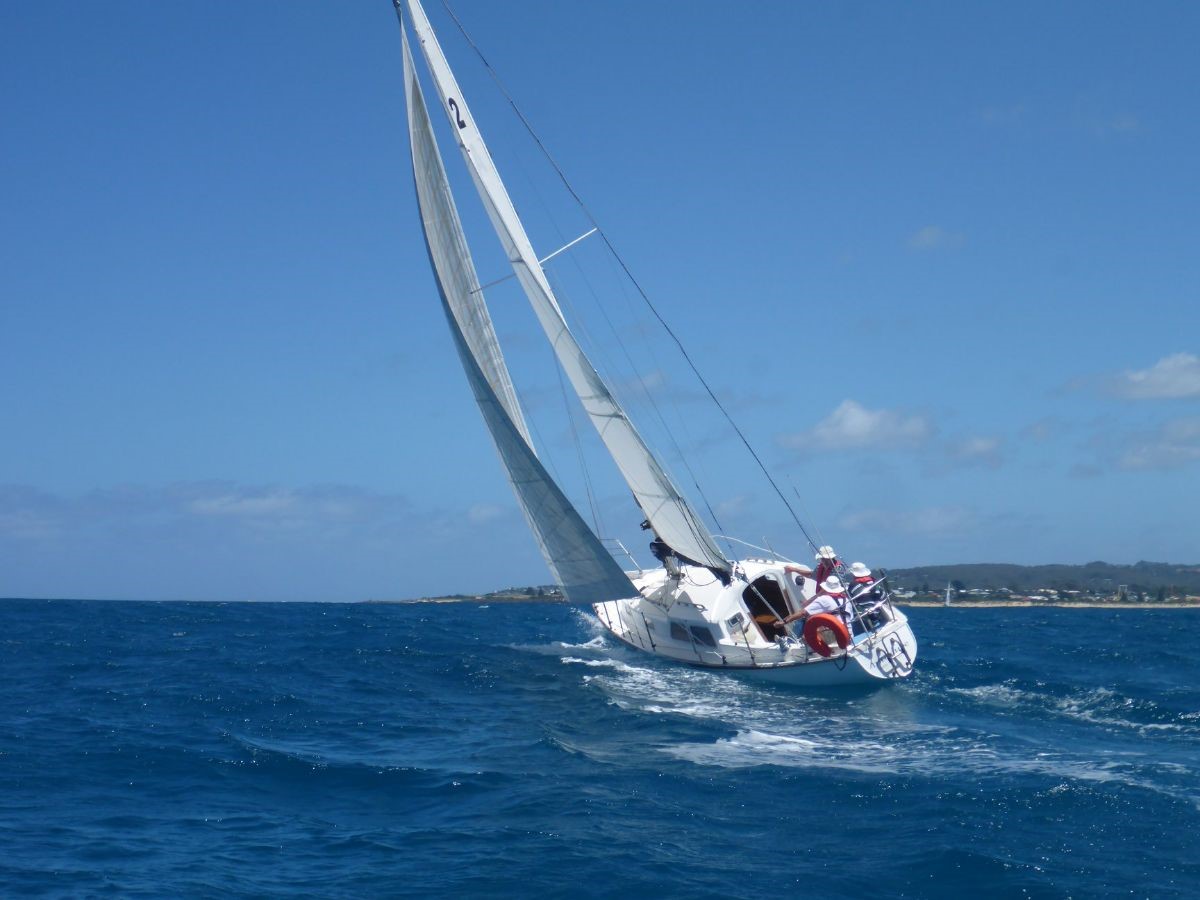 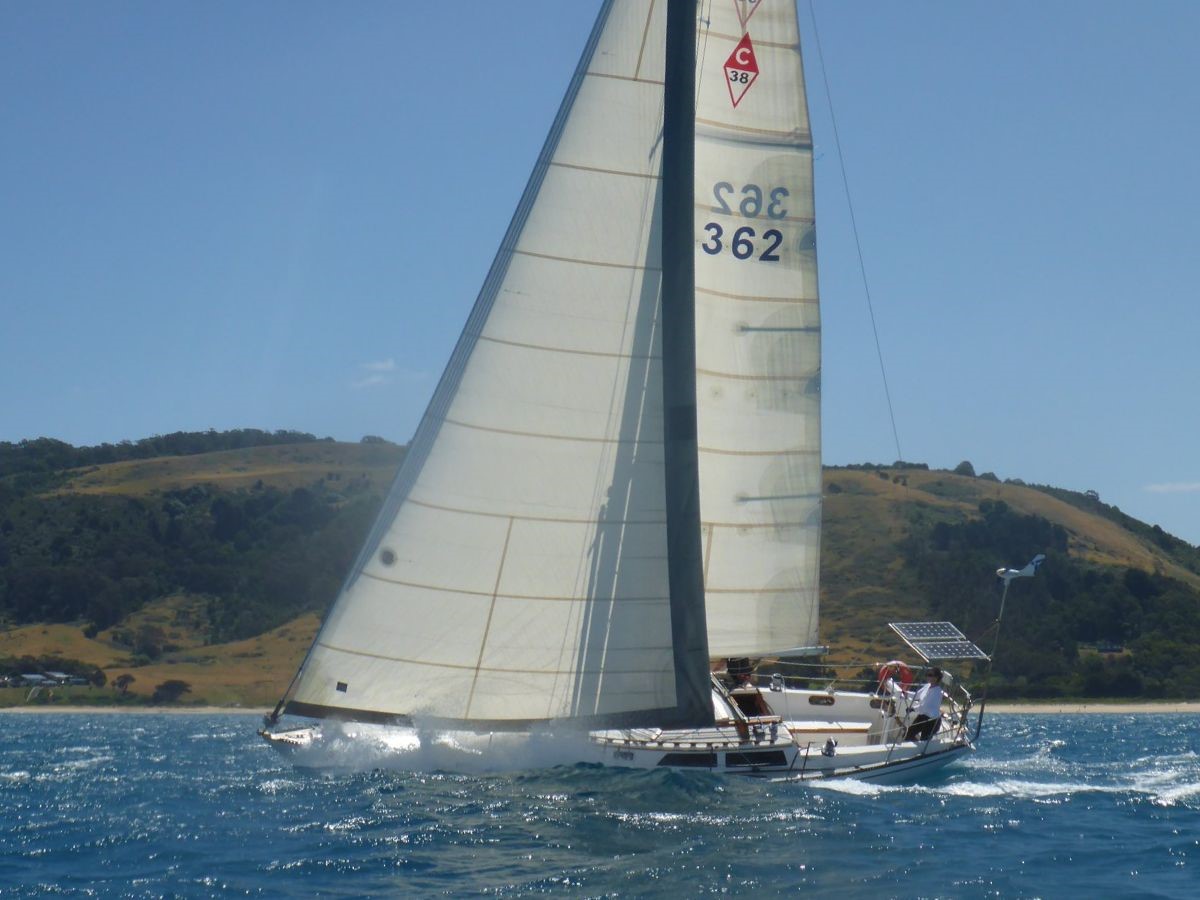 The Old boys on Interlude and Angelika seemingly mastering Boheme all by herself.

It was another big Saturday of Sailing in the Bay. The second heat of the keelboat long course series as well as the second flight of races for the Top Mark Book Keeping Flying 15 series. The forecast 15/20 knots of south westerly and little swell set the stage for both these events. One of our other scribes believes there are many Gods. But there is only one wind God and his name is Huey. This season Huey has been smiling on the sailors, providing consistent breezes on our race days.

The race management team of Lids and Shotty were out early. A healthy fleet of 16 vessels (45 sailors) exited the harbour in anticipation of a good afternoons racing. The larger keelboats were off first. Wild Rose starting well. The Boheme crew were forced to run down the line being a little to eager to get underway. It's Magic missing a key crew member started with the first reef in their mainsail. Quickmatch mistimed their run trailing the fleet across the line. After last week’s spinnaker parade where all bar one flew their kites, one would of thought spinnakers would have been hoisted to take advantage of the two nautical mile downwind leg. Alas once around the top mark most seemed to revert to cruising mode. The Wild Rose team hoisted their symmetrical kite but didn’t persevere for long enough to gain any advantage.

Boheme after the first lap has established a comfortable buffer between the next bunch. 10+1, Its Magic and Wild Rose had an intense duel with only three minutes separating them after an hour and 40 mins of racing. A further battle was raging at the tail end of the fleet. The Interlude boys battled gamely to hold the faster Quickmatch out. The last leg looking like a scene of the America’s Cup race, interlude covering Quickmatch’s every move. 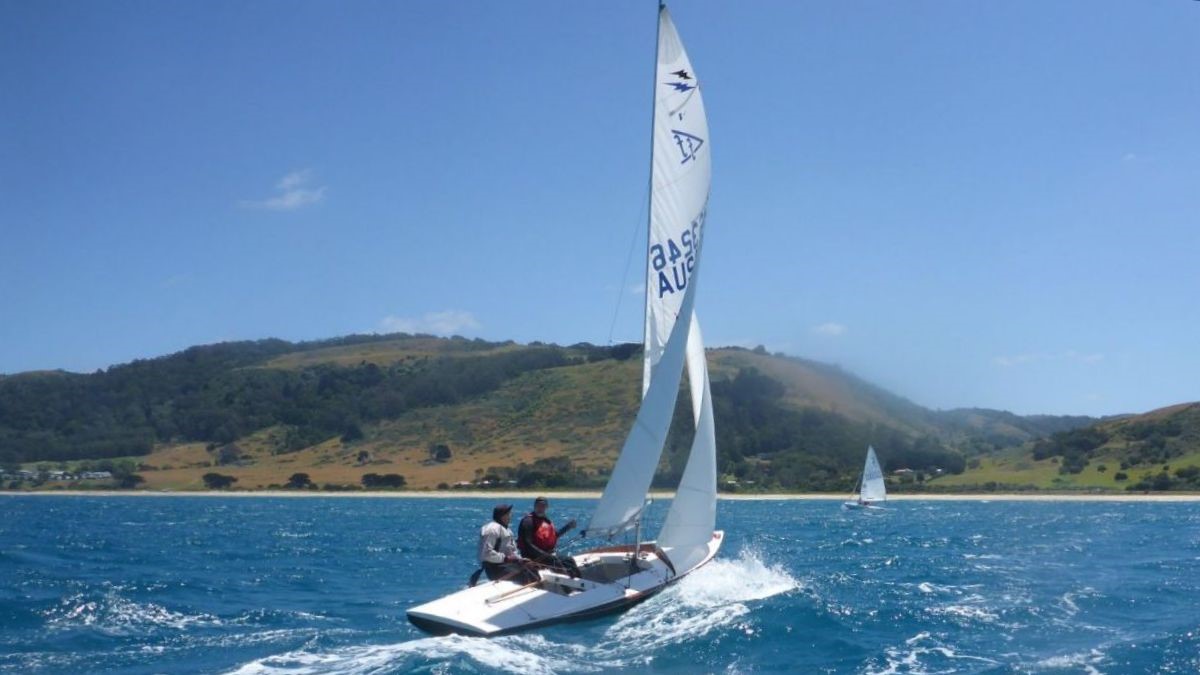 Meanwhile the Flying 15s would sail 4 heats with no breaks in between; an exhausting format with the wind peaking at 18 knots. Racing was close with no quarter given. Ziff with Geeks and Gary Summers finished the day on top. Their score 2,1,1,1. Affrodite, Tim and Chris chased Ziff hard all day to finish second with 3,2,2,2. April Dancer, Bruce & Geraldine scored 1,4,3,3. Shiralee, with Karlijn and Steve had a disappointing day after their gooseneck broke after 2 heats. Doug on Euphemism with his French crew had their moment in the sun with a third in race 2. Team Smith on SS Miss Margaret battled gamely all day with Russell managing to snap off some great photos at the same time! Bourney and Anton (Miss Molly) scored a fourth in the first and last heats and would rather forget the two heats in between.

It was great to see both club Ynglings on the water, while not racing they had a pleasant afternoon sailing in unison. The only dinghy on the water, Sirrocco with Phil and Pierre onboard, did what dinghys do on windy days, making them the winners of the upside down cup. 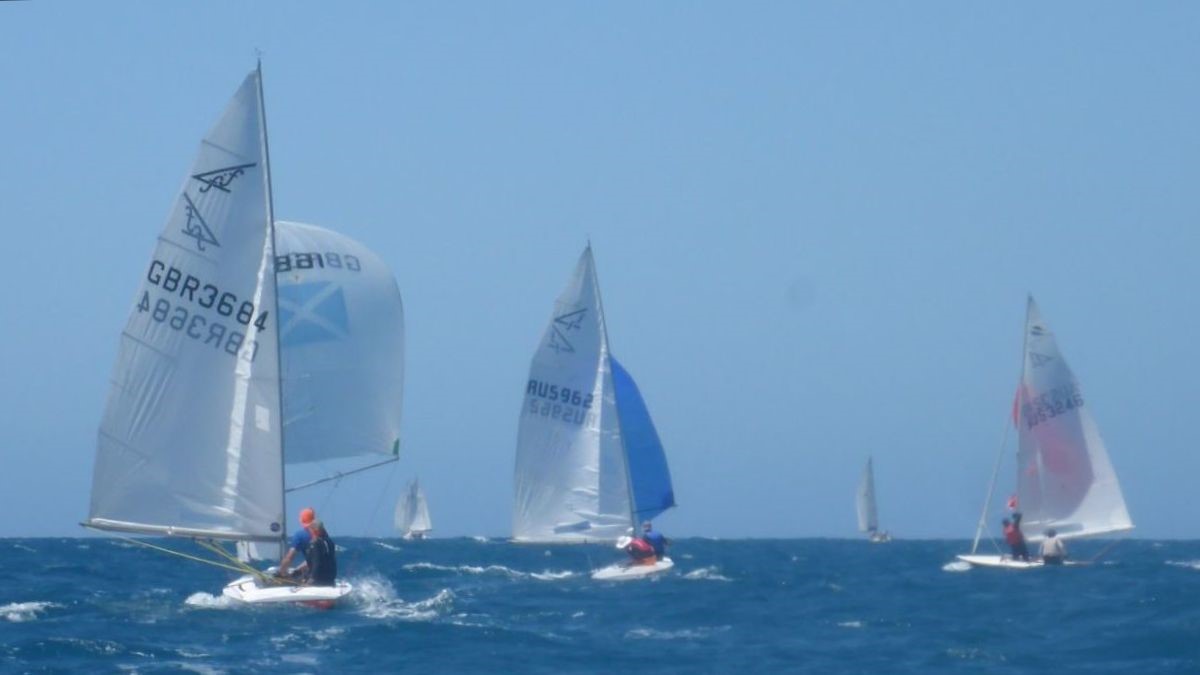 From left to right, Karlijn and Steve on Shiralee, Tim and Chris on Affrodite, and Peter and Gary on Ziff.