Last Friday this little town made its voice heard to protect its natural resources and beautiful marine environment. Following a heartfelt rally on the steps of the authority responsible (NOPSEMA*) OCEAN members and supporters joined forces with local fisherman and students of Apollo Bay P/12 College to march down Bourke Street to Parliament Steps and raise the alarm about seismic testing and gas exploration in the Otway Basin.

Guest speakers, Lisa Deppeler, Russell Frost, Pauline Nolle and Chloe from Friends of the Earth spoke with passion to the protesters before the march began, listing the numerus environmental atrocities already occurring and their impact on sea life and the fishing industry; the inhalation of Zooplankton flowing through testing sights impacting on marine populations for years to come; blasting over World War II chemical warfare dump sites; drastically reducing the mollusc and whiting population and potentially even deterring our whales from visiting our shores.

The group passed by gaping Melbournians in the crowded Bourke Street Mall, who, thanks to the powers that be, would have no other way of knowing the battle being faced in the Otways. While, Angelika Millar, led the chorus, singing songs about seismic testing to the tune of Drunken Sailor. 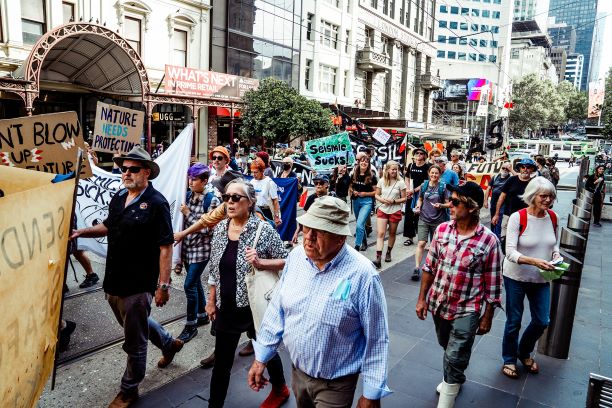 Local Cray fisherman Trevor Barker said “We went to Melbourne to raise the alarm; we believe the people of Melbourne care about the ocean and would be gobsmacked to know the needless damage being done to marine life”.

Apollo Bay Fishers and OCEAN are grateful for all the help and support received by the Police and Friends of the Earth to keep our group safe during the event and all the people who contributed towards making the rally a resounding success. We are particularly grateful to Apollo Bay P12 year 9 students for attending. We hope they had a great experience.

This battle has just begun! 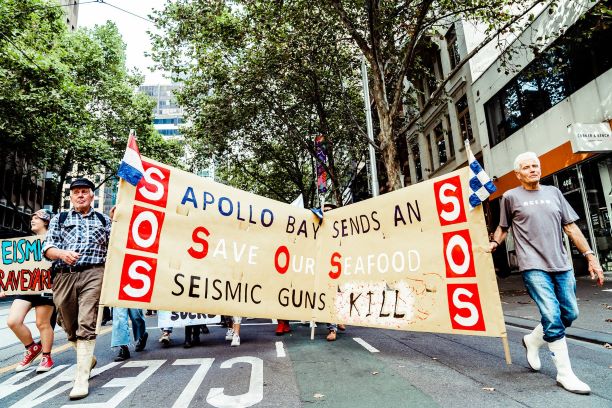 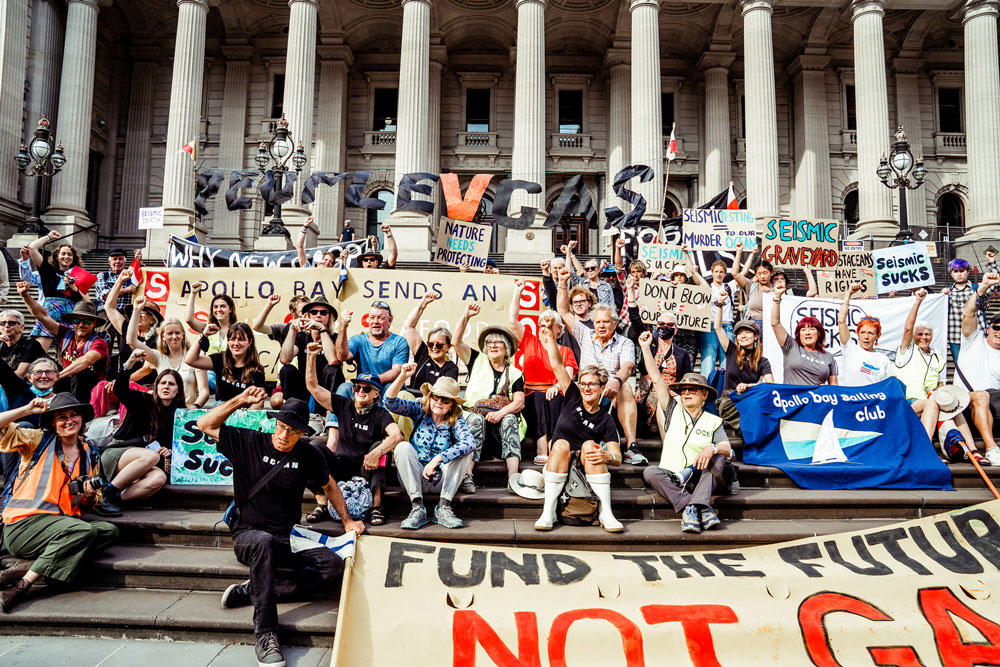 For Otway Climate Emergency Action Network, contact us to get involved and see more here.