Last night Melbourne played host to the Australia & New Zealand Internet Awards (ANZIA) ceremony. Over 200 people were in attendance to celebrate some of the most creative and diverse online projects, which were rewarded for their outstanding contribution to the Internet community in Australia and New Zealand. This is the biggest turnout in the ANZIA's six year history.

The ANZIAs recognise organisations, businesses and individuals who excel in delivering accessible, innovative, informative and secure resources to a diverse and wide community on the Internet.

Six different category winners were announced, with a highly commended in each also recognised. Particularly impressive was the response to the new Leonie Dunbar Memorial Award for Community Websites - created in honour of an auDA staff member and leader of the work with community groups, who sadly passed away last year. This category attracted the highest number of submissions and was one of the most difficult to judge.

The awards are a collaboration between .au Domain Administration Ltd and InternetNZ.  Chris Disspain, CEO for auDA, remembers "The concept of the ANZIAs came from discussions between Keith Davidson (the then CEO of InternetNZ) and me over several glasses of red wine. We wanted to be able to reward those organisations, individuals and businesses we had seen develop incredible online resources, for the benefit of all Australians and New Zealanders. The Internet is a place where everyone is able to exchange ideas and communicate, on a level playing field. The ANZIAs are a way to acknowledge the world-class initiatives that are created, in both of our countries."

The awards are an annual event celebrating the achievements of organisations, businesses and individuals that have made significant contributions to the development and use of the Internet in Australia and New Zealand.

Entries were assessed by independent experts and winners announced at the awards dinner.

Community websites are those that are run by, and for, the local community in a geographic area in Australia or New Zealand (such as a suburb or town).  They reflect community interests such as local business, tourism, historical information, culture, sporting groups, local events and news.

This award is in memory of Leonie Dunbar (1957-2013), who for eight years was the driving force behind auDA's Community Geographic Domain Names (CGDN) initiative. 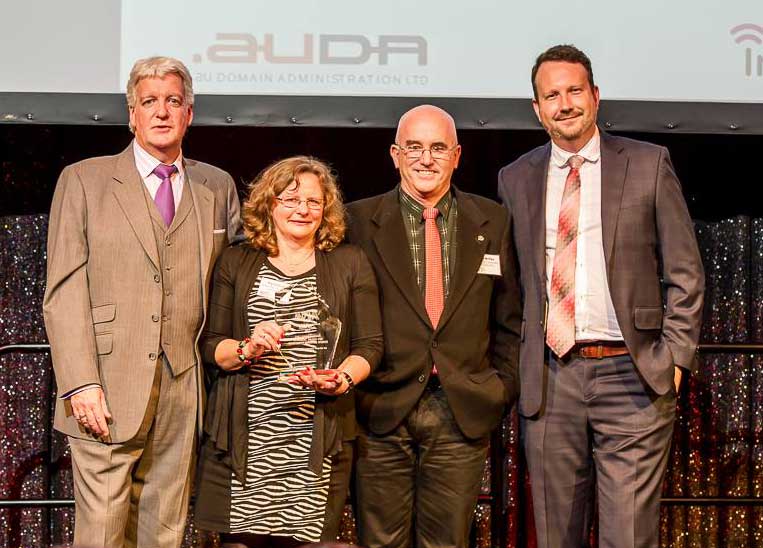